A Call for Cowboy Pilots 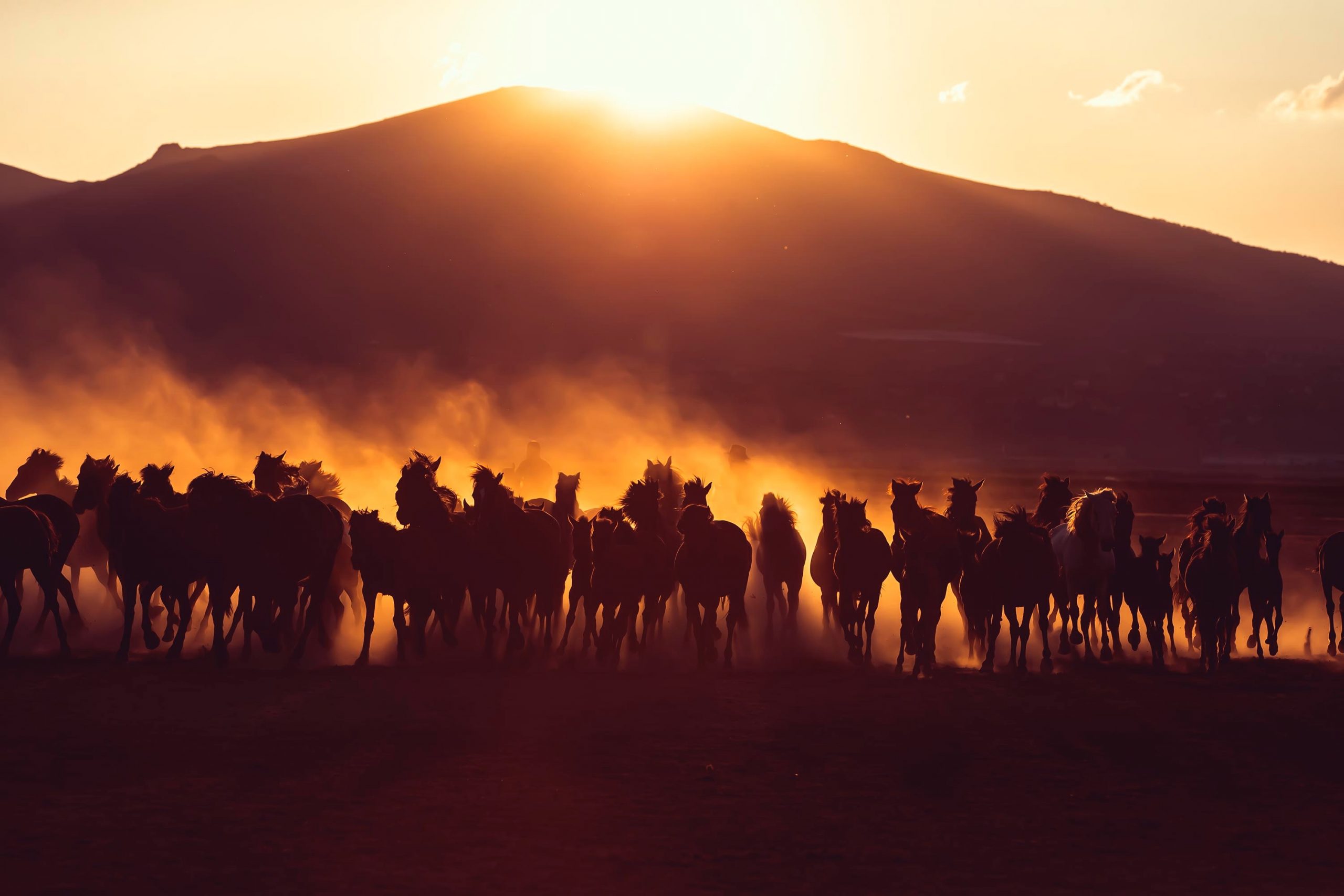 When people start talking about the plight of wild horses, they almost always include helicopter gatherings in their conversation. In this context, the helicopter is considered the tool of the Devil. During gatherings, helicopters terrorize horses by chasing them in an aggressive manner in their attempts to herd them into makeshift corrals. Unfortunately, many of the ranges where wild horses live are rocky and steep making gathers by horseback impossible or, at the very least, impractical. So void of other options, the Bureau of Land Management is left dealing with the Devil.

During my ranching years, I heard about these gatherings. The stories of cruelty dismayed me and I wondered if the horses could be gathered in any other way. An answer came the day a stranger driving a pickup and hauling a trailer arrived at Lazy B. On that trailer was a helicopter.

The stranger hopped out. He wore boots and a wide-brimmed cowboy hat with sweat stains and looked every inch a cowboy. He was a friendly sort and asked me if I had any wild cattle that needed to be gathered. “I can gather them easily with my helicopter,” he said.

I thought for a moment. “There are a bunch of replacement heifers in a pasture that I need to gather,” I said. “But I can get that done on horseback.“ I looked at the chopper glinting in the sun. “Tell you what. I’ll make a deal. I’ll hire you to gather the cattle if I can ride along to see how you work.”

Fifteen minutes later we were lifting off, headed for the Cottonwood pasture.

We soon spotted a group of heifers. The corral was on the west end of the pasture, so the pilot approached the group from the east. He descended, but instead of coming in fast and hot, he gently eased the chopper toward the group. Startled, the cattle looked up, turned west, and ran about fifteen steps. They stopped and turned back to look at the strange apparatus buzzing in the air. For a better part of a minute, they eyed the helicopter, which was now hovering in place. Then they started ambling west. They didn’t feel threatened, so weren’t in a hurry and neither was the pilot.  He found another group and repeated the process.

In less than an hour, we had all the cattle, now in five groups, heading west toward the corral. We were high enough that we could keep our eye on all five at the same time. To keep them moving, the pilot zigzagged back and forth along the rear of the groups. If a group stopped, he turned and went at them but never in a threatening manner.

Once all five groups were steadily walking, he picked a convenient hilltop and landed. I watched the cows move like some invisible force was behind them saying, “March along, time to get to the corral.” I was amazed. The pilot explained that if he were to charge the cattle and fly over them, they would turn and run back under him in the wrong direction. It wouldn’t take long before they would learn that they could always do this.

“If they run back under you, you’ll never be able to gather them by helicopter,” said the pilot. “They’ve learned that they can turn and run. The herd is wrecked for the pilot and the pilot after that. “

After fifteen minutes or so, a few of the groups stopped, so we lifted off and got them moving again. Soon, all the groups combined into one and went into the corral.  The pilot landed outside the corral, and I hopped out and shut the gate.

I was flabbergasted. I had just had a real eye-opening demo of the practicality of the helicopter. This was by far the easiest, quickest gather I had ever experienced. Had I done this on horseback, I and six other cowboys would have had to load our horses on trailers, haul the trailers eight miles, unload at the corral, saddle the horses, and ride for an hour to get to the back of the pasture , then turn around and start pushing the cattle toward the corral. If helicopters had been cheaper to purchase and operate, I would have bought one. 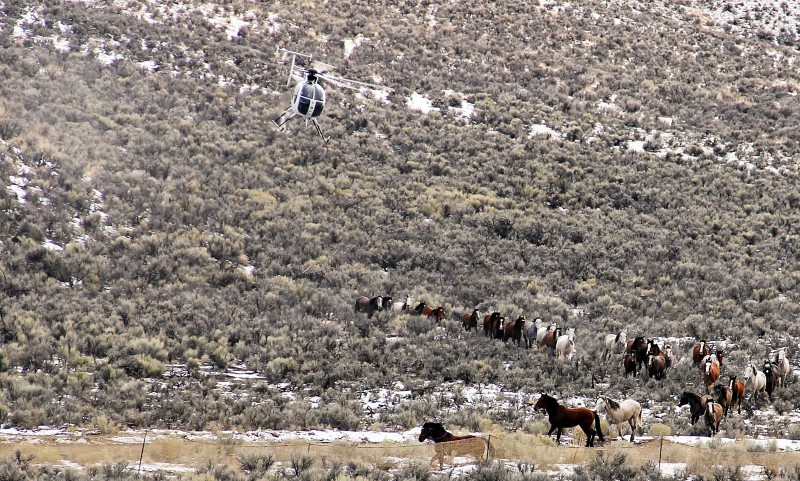 So when fellow horse lovers refer to the helicopter as the tool of the devil, I beg to differ. I say the pilots, not the helicopters, are the devil. The BLM should qualify pilots as a cowboy who knows how to fly a helicopter rather than a helicopter pilot who thinks he can force livestock to do his wishes. My guess is that the horses would be less terrorized going into the corrals and have fewer injuries along the way. My other guess is that the BLM has never considered this option. But it certainly is an option worthy of trying.