Alan Day’s upbringing branded him a cowboy from the day he was born. To this day, he claims that he has soil running through his veins. He was part of the third generation to grow up on the 200,000-acre Lazy B cattle ranch straddling the high deserts of southern Arizona and New Mexico. The ranching and cowboy lifestyle appealed to him so greatly that after graduating from the University of Arizona, he returned to manage Lazy B for the next 40 years. During his career, he received numerous awards for his dedicated stewardship of the land. In 1989, Alan purchased a cattle ranch in Nebraska and soon after, a ranch in South Dakota. The latter became the first government-sponsored sanctuary for unadoptable wild horses. He developed and successfully used a herd modification-training program for his 2000 head of cattle and 1500 wild mustangs. Now retired from ranching, Alan divides his time between Tucson and Pinetop, AZ. He currently is working on a novel. 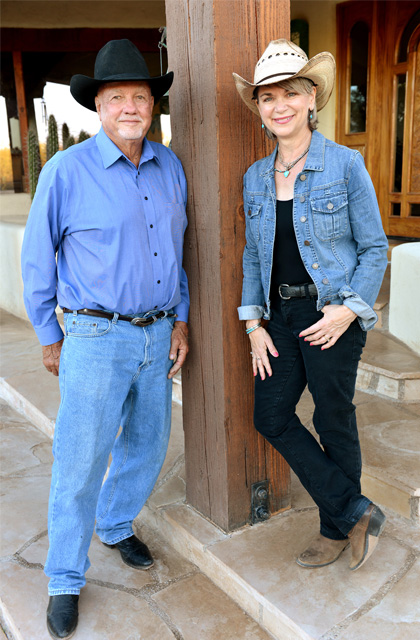 Back in 2002, when Lynn was the community relations manager at Barnes & Noble in Tucson, she received a call from Alan Day. Random House was releasing Lazy B, and Alan wondered if Lynn would host a book signing for him. Heck yes!  The signing was a success—lots of fine folks attending, lots of books sold, and Alan’s homemade beef jerky to boot. Lynn and Alan struck up a friendship. Lynn, also a published author, left B&N to work as a literary publicist, editor, and ghostwriter. Together, she and Alan wrote his memoir, The Horse Lover, and three years later, Cowboy Up! A frequent presenter at writing conferences, Lynn continues to operate her Tucson-based agency LWS Literary Services and also serves as the literary consultant to the Tucson Festival of Books. 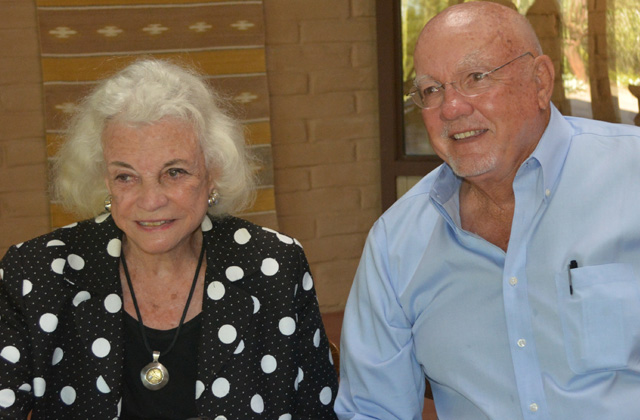 Sandra Day O’Connor was appointed a Justice of the Supreme Court in 1981 and served until 2006. A graduate of Stanford University, she was the first woman to serve on the Court. Alan says one of his best jobs in life is being Sandra Day O’Connor’s brother. When Sandra suggested they write a book together, Alan was taken aback. “How do we go about this?” he asked his big sister. Sandra responded, “Yellow legal tablet and number two pencil.” Together they wrote Lazy B, which went on to become a New York Times bestseller and resulted in the authors giving talks together around the country. Sandra currently resides in Phoenix, AZ.