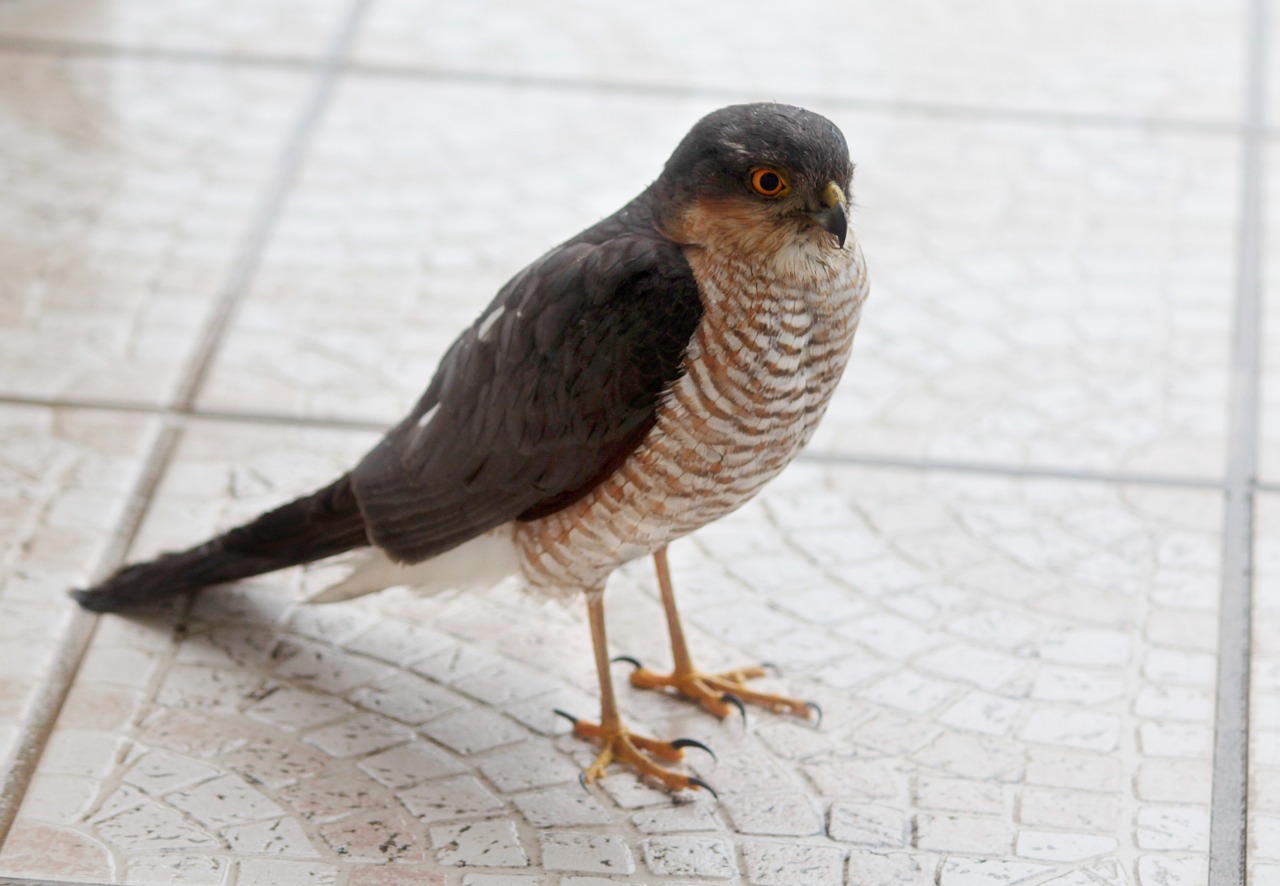 I’ve had a lot of animal friends over the years. Just thinking about them still makes me smile. In honor of National Pet Day, April 11, I thought I’d introduce you to one of my favorites, a little sparrow hawk named Sylvester.

During roundup one spring, I noticed a little bird on the ground flopping this way and that. He looked different from a dove or quail, so I got off my horse to take a closer look. I could tell by the downward curve of the beak that the little fellow was a hawk, a baby hawk. Based on its coloring, it looked to be a sparrow hawk. If it lived, it would grow to be the size of a dove.

I put the little guy in my glove and put the glove in my shirt pocket. By the time I arrived home, he was pretty bedraggled. My wife Barbara took an instant liking to him. She found some raw meat and fed him, and he gobbled it up like there was no tomorrow. Immediately, the two bonded. She named him Sylvester.

Sylvester learned that when he squawked, one of us would come running with food. For days, he ate ravenously. He came to trust both of us and would hop up on our arm or especially a shoulder and ride around like he was king of the house. He grew rapidly and before long, he was trying to fly.

I took over as his flight instructor. We had a big living room, and he would go careening around it and bounce off the walls and the couch. He had more crashes than I ever did. Fortunately, he was never hurt. Soon he was flying around the living room like it was his own private airport. He was ready for his next lesson: outdoor flight.

I took Sylvester outside and let him go. He flew around for a bit, then came screeching back to me. He was a natural. He started taking daily solo flights, some long, some short. After each, he’d land on my shoulder or head and, with much ado, tell me about his adventures of where he’d been and what he’d done. I always knew by the tone of his squawks whether he was happy or unhappy. When he was flying, I could call him, and he’d come to me like a missile. As he grew, he developed the most vivid green and brown feathers around his neck. He was just beautiful.

Sylvester never was house trained, so that was a bit of a problem. When he sat on my shoulder, he messed up the back of my shirt. It was a small price to pay for the love and happiness that he brought with him. I built a perch for him on the outdoor porch, which he used as home base. What he especially liked was to be on top of the huge windmill that was the centerpiece of the ranch. I’d walk out on the porch and call him, and here he’d come. I always had fresh meat in my hand, and he knew what to expect.

When Sylvester was about eight months old, he started leaving for a day or two, then would come back. I knew he was getting ready to shove off for good. I hated the thought. Sure enough, one day he up and left. We were his first family, but the time had come for him to find his second one. I like to think he circled the ranch one last time, raised a wing, and flew away. To this day we still talk about Sylvester and his funny antics and loving personality.