Rastus was a Lazy B cowboy who was like family. He couldn’t read or write, but what he knew never ceased to amaze me. When he was eight years old, he ran away from his abusive and dysfunctional home in Pinos Altos, New Mexico. Somehow he  made his way to Lordsburg, about 80 miles away. A kind soul noticed the homeless young boy wandering around town and suggested to Rastus that he might fit in at the big Lazy B ranch. They just might need someone to bring kindling to the cook. What’s more, he’d probably get fed for doing the job. So Rastus went out to the ranch, got hired, and remained there for 75 years.

Rastus learned cowboying from the roots up. He went from being a cook’s helper to being the number one cowboy in the crew. For as long as I remember, he was the go-to guy. He had an encyclopedic mind that observed things most of us wouldn’t notice. He always was aware of how much water was in each tank and how the grass was growing. If a windmill pumped a little less water than it should, he’d say the leathers need to be changed. What’s more, he also knew each cow, and Lazy B had 1500 cows. Often he could identify a cow by looking at her footprints. He knew which calf belonged to which cow and what last year’s calf looked like.

One thing that we all learned is that if Rastus told you something, which would be something to do with the ranch, you could go to the bank with that. It was always correct and accurate. The only time my dad argued with him, Rastus was so incensed someone doubted his word that he quit. His word was his bond. When it turned out Rastus was right, my dad had to go to town and hunt him up and apologize.

Rastus lived at headquarters and only went to town about once a month. Ever year, we give him a Christmas present, which often was a nice shirt. No one ever saw the shirt again because it stayed folded up for later use. He probably had ten shirts for later use that he never unwrapped. He had a needle and thread, though. He’d wear a shirt or pair of pants until it got so thin it would start to tear. Then he carefully sewed the tears together with tiny stitches. He literally wore his clothes until they came apart. Yet he never looked anything but neat and clean.

Before my time, Rastus had fallen off a windmill. One leg landed on an anvil and had a real bad break. The doctor had to cut a piece out of it. When it healed back up, it was three inches shorter than the other leg. He had his boot built up, but I never knew him to walk without a limp. If he suffered from backaches, I wasn’t aware of it because he never complained. 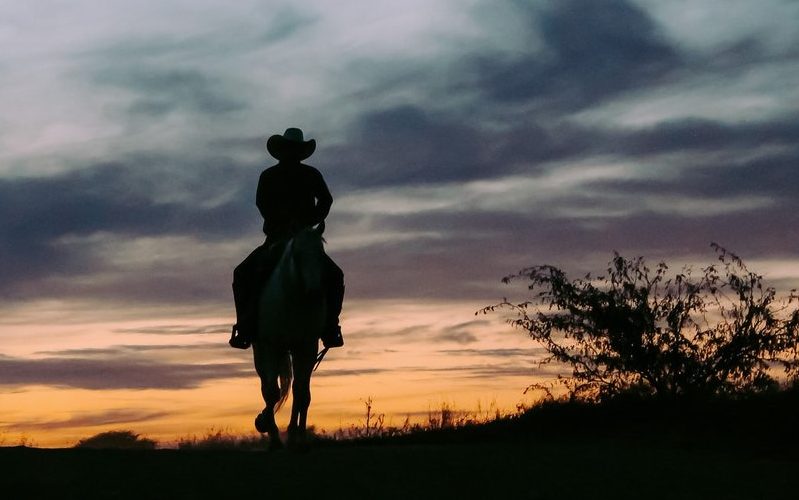 So even though Rastus never learned to read, never learned to drive, he was one of the smartest men I ever knew. He was totally loyal to the ranch, and I was proud that he was a part of my extended family.